A KNIFE TO A MOTHERby Jessie Glenn Shhhk. The knife blade flicked up. Shhhk. The knife blade flicked down. I can’t remember who gave me the knife but I’m pretty sure it was my brother. He certainly had a knack for knowing what I liked, having later picked my favorite husband of three. I kept both sides of the blade razor sharp. For a time, I loved it, unduly. In those days, I carried the knife everywhere but mostly to work at Satyricon, legendarily the oldest punk bar on the West Coast, where I sat in the raised booth to the right of the door, collecting IDs and money, flicking the knife up and down, rolling and chain-smoking cigs. On an average night at Satyricon, Everclear, The Wipers, Floater…
Post a Comment
Read more 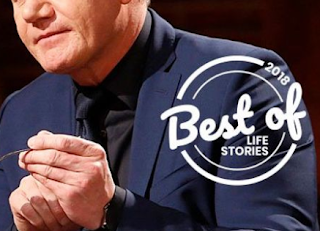 I am a MasterChef Survivor (in Salon)